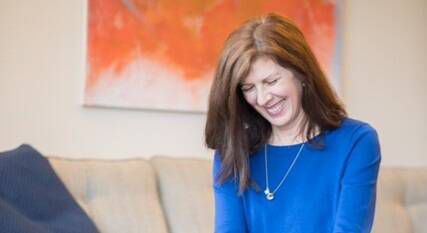 “What’s your take on Will Smith’s apology to Chris Rock?”

G: Before I get to the specifics of what Smith said, for those who are interested in this public dust-up that included a slap seen ’round the world on Oscars’ night, I suggest going to the web to view the entire clip. It is just under six minutes.

That is what I did in preparation for this response.

Let us begin by applauding Smith for addressing his mistake, by admitting there was a need to convey his remorse, for owning up to the truth that he made a mistake.

All that needs to count for something.

When one considers there are many occasions where people make mistakes and, even if they know they made a mistake, will not admit to it in a private setting, much less a public one – as is what Smith did when he posted the video – it is refreshing to see a mea culpa gone viral.

I say this as watching Smith’s acknowledgment of his mistake becomes a lesson for many. Perhaps it will be a lesson for even Smith, should he spend any time to critique his video message.

The video was addressing the slap at the Oscars, by answering some questions he had been presented. Within that broad umbrella, there were efforts made to convey responsibility and express an apology to Chris.

From my spiritual playbook, what an apology needs to do is multi-layered. Not only is it to convey a personal recognition of the mistake, an awareness of the harm or pain the mistake created, and – if possible – a desire to make restitution, there is a requirement that the apology embody the expression of sincerity.

Learning how to offer an apology that serves the goal of peacemaking should not be that difficult, nor should it have to rise to the level of an artform.

But for some, coughing up an apology is an anathema.

So kudos to Smith for his initial gesture of extending the proverbial olive branch.

What others can take from this lesson is that an effective apology can be delivered with a powerful sentence: I am sorry I hurt you and I am asking you to forgive me.

Tearfully saying this is optional, but can be quite effective.

What I would have recommended to Smith, had I been asked my opinion before he posted his video, was to consider the questions: Is this the best way to achieve my goal? Did I leave out any important words, like: I am sorry and will you forgive me?

Perhaps then he would have considered an edit.

The other lesson for those wanting to improve on their apologies concerns the central point that I think was diluted. Smith did not focus specifically on his mistake with Rock. If you view the video Smith posted, yes, he states he is apologizing to Rock, but then spends a considerable amount of time including several others, going over tidbits of info that do not concern Rock.

If an apology is to be to the person who was offended, I think it is preferable not to muddy up the apology.

By including this, that and the other thing or person may seem like it is a benefit, but I think it distracts from the personal affront that is at the core of the violation.

I would have suggested Smith use these words said directly to Rock: I am sorry. Preferably in private and not via a video.

He did not do that.

Though he did say he was sorry to his wife, whom he called Babe, and to others whom he came to realize he had upset when he slapped Rock, those three words to Rock were not there.

I would have also suggested Smith say: Slapping you, Chris, was wrong.

Not just have Smith say that his behavior was unacceptable.

Unacceptable is the equivalent of wrong-lite in my language and spiritual playbook.

These might be quibblings over choices of words and meanings, some may say. But in my universe, the words “I am sorry” said to the person who was hurt, are the potent healing balm that can help to begin to create the scaffolding of reconciliation and forgiveness that may be able to connect hearts that have been torn apart by a mistake.

My wise father Joseph taught me that at the center of many fractured relationships is often a simple misunderstanding or miscommunication, and that in order to restore peace a person needs to take the time and put in the effort to get to that core.

In Judaism there is a traditional teaching that says a person is to make an apology to the person who was harmed. If they refuse to talk to, or accept the apology, the person who made the mistake is to try two more times over a period of time.

If after the third attempt at a sincere and heartfelt apology the offended person does not accept the apology, or refuses to talk to the violator, the spiritual responsibility is then upon that person, and not the violator.

Jews are taught that forgiveness is the goal.

Even those who are harmed must strive to offer forgiveness.

Time will tell if Rock wants to accept this or any other apology that may come to him from Smith, whether it comes via video, a go-between representative or in person.

Time will tell if Smith will choose to convey more of the inner work he has been doing over the past three months, and whether or not he offers to his audience any fruits of wisdom and peacemaking he has attained.

I hope so. I hope this lesson continues. I hope it becomes a turning point in Smith’s life and in the lives of many who make small and big doozy mistakes that require accountability, forgiveness along with a beautiful apology, however imperfect it shows up.

Smith revealed in his video that he is trying not to think of himself as a piece of sh-t, and is trying to be remorseful without being ashamed of himself. That is a tall order for many who make a misstep that leads to a tragic fall from grace.

This fall that is not fatal, may still result in the loss of important relationships, the loss of self-respect, admiration and affection. I want to show compassion whenever mistakes like these are made, as they exemplify how imperfect, how vulnerable we are, and how easy it is to self-sabotage and to harm others.

Applaud and support Smith for his commitment to putting light, love and joy into the world.

Those blessings from Smith have already begun through his painful lesson. May Rock amplify the light, love and joy by embracing this effort at apology now.

Timing is everything in comedy. So too with forgiveness.