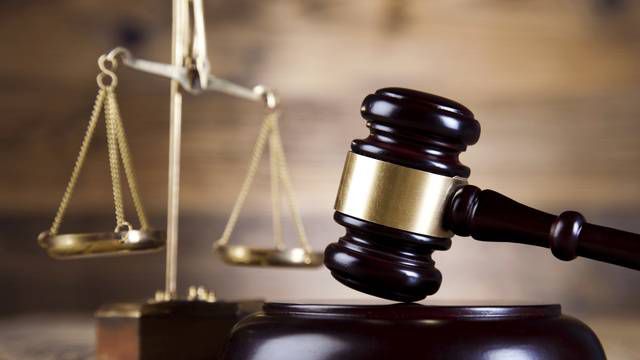 SCRANTON — A New Jersey based chemical transport company admitted to violations that resulted in an employee’s death in Duryea nearly two years ago.

Justin Fields, 29, of Port Deposit, Md, an employee of Dana Railcare, a division of Dana Container, Inc., which is headquartered in Avenel, N.J., died while cleaning crude oil from a tanker car in the Coxton Railyard on May 31, 2019.

According to a news release from the U.S. Attorney’s Office, Dana Container utilized the trade name Dana Rail Care, located in Wilmington, Del., for a portion of its business activity related to the maintenance and cleaning of rail car interiors.

Dana contracted with another firm to clean crude oil residue from 100 rail cars that were located in the Coxton Railyard in May 2019.

Under regulations of the Occupational Safety and Health Administration, Fields’ employer was required to test, monitor and purge, flush and ventilate confined spaces where Fields was tasked to work while cleaning crude oil from inside a tanker car.

After 30 minutes when Fields entered the confined space, he collapsed and died at the scene from asphyxiation.

The atmosphere inside the tanker was determined to be oxygen-deficient and Fields was not outfitted with proper OSHA certified respirator, according to the news release.

“The death of the employee was a tragedy and could have been avoided if the company had followed the regulations for this type of dangerous activity,” Brandler stated. “Our office and OSHA take these cases very seriously and willful violations of OSHA regulations will be aggressively prosecuted to deter this type of behavior and ensure that workers are protected.”

“This tragedy could have been prevented if the employer had followed proper safety procedures for entering and cleaning railcars,” stated Loren Sweatt, deputy assistant secretary of Labor for OSHA on Dec. 4, 2019, when the fines were announced.

The criminal charge against Dana Container, Inc., stemmed from an investigation by OSHA and the Department of Labor, Criminal Investigations Division. Assistant U.S. Attorney Jeffery St John is prosecuting the case.