“One hundred years later, that recognition is still critical and I would like to encourage all who can, to continue to support the United Way. Their work today is helping to shape what our community will look like in the future,” van Genderen said.

The remarks were made at Wednesday’s ceremony marking the United Way of Wyoming Valley’s 100th Anniversary, held at the United Way’s office on North Pennsylvania Avenue with a resolution signing. Several agencies were represented and signed the resolution.

United Way of Wyoming Valley Board Chair Jennifer Sordoni and President and CEO Bill Jones were joined by van Genderen, Greater Wyoming Valley Chamber of Business & Industry Board Chair Scott Lynett, and representatives from partner agencies to sign the resolution.

Jones explained that the significance of the resolution is that 100 years ago on Oct. 11, 1921, the Greater Wilkes-Barre Chamber of Commerce approved a resolution that created an entity called the Community Welfare Federation.

“The purpose of the Federation was to strengthen the capacity of the charitable causes of that time by consolidating all fundraising appeals and encouraging community-wide support for one consolidated appeal,” Jones said. “Representatives of the charities and causes who were to receive funding were present to sign the resolution as well.”

Jones said the Federation was the forerunner of the United Way of Wyoming Valley.

He said the resolution signed on Wednesday symbolically renews the United Way’s commitment to the community as it begins its second century of service and encourages continued community support for its mission.

“This is a really exciting time for us,” said Jones. “The 100th Anniversary has allowed us to not only reflect and be thankful for all those who created and built the organization over time, but it encouraged us to look to the future. The resolution is symbolic of the fact that since our founding in 1921 through today, we have always worked to strengthen the community and, more importantly, we always will.”

The United Way of Wyoming Valley recently kicked off its 100th Anniversary Campaign and will continue to use donations to address the issues of childhood poverty and help individuals who face an immediate threat to their well-being with basic services. The United Way partners with 16 agencies and funds 25 programs, plus a number of other initiatives that focus on brain development, kindergarten readiness, school attendance, summer learning, and graduation rates.

Donations can be made by visiting unitedwaywb.org/donate, texting Support to 26989, or mailing a check to:

For more information on the United Way of Wyoming Valley’s work, visit unitedwaywb.org. 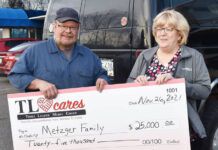 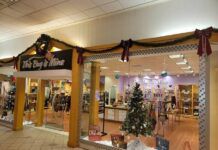 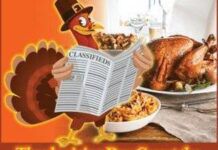