DALLAS TWP. — Fire crews from numerous departments around the Back Mountain and West Side spent hours in sub-freezing temperatures battling a multi-alarm fire at Offset Paperback Manufacturers on the Memorial Highway Friday evening.

It was the third time this week that firefighters had been called to the plant, crews and witnesses said, although the earlier incidents were smaller fires.

According to Facebook posts from the Shavertown Volunteer Fire Department:

• Crews were called to Offset on Monday for a dumpster fire at the facility. The fire was contained to the dumpster with no extension into the building.

• On Wednesday, crews were dispatched to Offset for a fire in a bailer machine. According to the post, the bulk of the fire was knocked down by the facility’s automatic sprinkler protection. Units isolated the equipment and disassembled sections to extinguish any remaining hot spots, and Trucksville Fire assisted with ventilation.

Friday’s blaze was considerably more widespread and serious, reportedly started in the bailer area before 6:30 p.m. and crews were still on scene at 11:30 p.m.

Check back for updates as they become available, and see Saturday’s e-edition for more. 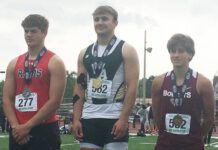 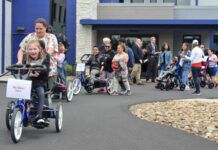 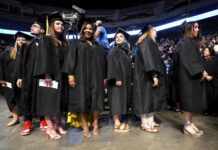