HANOVER TWP. — A Wilkes-Barre man has been arraigned on robbery charges stemming from a February hold-up at the M&T Bank on the Sans Souci Parkway.

Patrick Staley, 54, is currently being held at the Luzerne County Correctional Facility for lack of $75,000 bail.

According to the criminal complaint:

Shortly after 11 a.m. on Feb. 28, Hanover Township Police responded to the bank for a suspected bank robbery. While on their way to the scene, they received a tip that the suspected had entered an adjacent business.

Upon arriving at the bank, a teller described to authorities a light-skinned man, wearing a dark-colored hooded sweatshirt, white jogging pants, a neon green beanie, grey sneakers and a surgical mask. The man walked in and quickly approached her counter, handing her a note written on a napkin which read, “I have a gun. I want $3,000.”

The man told the teller twice to “open the drawer,” as he held his hand in his right pocket, which the teller believed is where he was brandishing his weapon. The teller was having a hard time handling the keys used to open the drawer, and that delay is what is believed to have caused the suspect to take off before receiving any funds.

Authorities were provided still photographs and video taken from surveillance footage of several neighboring businesses of the suspect before and after the attempted robbery. One business had footage of the man entering, walking down an aisle and out of the shot, and then leaving in different clothes. Footage from another surveillance system was able to determine a company name on a sweatshirt, which would later help to identify Staley.

A State Police Forensic Science Unit arrived to process the scene and was able to lift fingerprints from the service counter and two doors. The prints were transferred to the PSP Crime Lab for analysis.

In early March, a Wilkes-Barre City Police Officer contacted Hanover Township Police, stating he had contact with a man who matched the description of the suspect in the M&T robbery attempt. The suspect was wearing the same hoodie with the same company name on it.

The officer’s body-cam footage was provided to Hanover Township Police, who recognized Staley from prior encounters, and determined he did in fact match the suspect description. It was determined that Staley was residing at a Wilkes-Barre homeless shelter, and an arrest warrant was issued.

Staley was arraigned on Wednesday before District Judge Joseph A. Halesey. He remains in the county prison awaiting a preliminary hearing, which is scheduled for May 12. 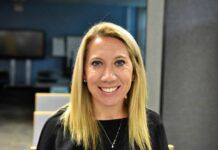 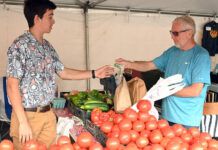 ‘Eat, drink and be merry’ 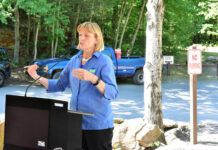