PLAINS TWP. — A proposed reconstruction of a 7.5-mile stretch of Interstate 81 was unveiled to the public at an open house and presentation at Wilkes-Barre Area High School on Tuesday night, with several residents of the areas near the interstate raising their concerns about what the project may mean for their homes and their livelihoods.

The Partnership 81 Project, represented by PennDOT and design firm Michael Baker International Inc., aims to improve traffic flow, shore up safety concerns and operational concerns with the existing ramps connecting I-81 to Routes 29 and 309 and update several existing bridges and stretches of pavement that have reached the end of their lifespan.

The project, currently in the preliminary engineering phase, was unveiled by Kevin James of Michael Baker International inside the Wilkes-Barre Area auditorium, with about 40 audience members in attendance. Before the presentation, an open house was held in the lobby outside the auditorium, with a series of slides blown up for the public to browse and see for themselves.

These slides were incorporated into James’ presentation, with the engineer taking the audience through the preliminary process, which includes an environmental study and a noise study currently underway.

Noise was one concern raised by Wilkes-Barre Township resident Ed Collum, who said that he lives about 50 yards from Interstate 81 in the Georgetown neighborhood of the township.

“I need to know what the effect on my house will be,” said Collum, who also pointed to the additional dust and dirt pollution that a major project could cause.

James said that the preliminary studies indicated 11 areas deemed to be particularly noise sensitive along the project corridor, and the people living within those areas will be contacted and met with by members of the project to address what steps may be taken to that end.

The issue of environmental safety, including hazardous wastes and issues with the old minelands surrounding the interstate as it runs through Wilkes-Barre Township, was also raised by several members of the audience.

“You’ve got some things to think about there,” said George Daru, a former mayor of the township. “I hope they don’t come back around to bite us.”

The slideshow, which James said would be made available to the public at some point (several of the slides can currently be viewed on the PennDOT website), also included renderings of the proposed changes to the interchanges at Routes 29 and 309.

The overall aim of these changes, the new ramps and the additional lanes, is to get the interstate to where it meets regional and local traffic needs through the ease of congestion.

To that point, one of the slides in James’ presentation demonstrated that, by 2047, traffic along the project corridor is projected to increase by nearly 40%, and the roadways as they are now will become more congested and less navigable.

“You’ll really start to see the degradation of the roadways by 2047,” James said.

The project as it is currently proposed wouldn’t begin construction until at least 2025, pending all the necessary approvals and an approved final design.

The estimated cost is between $250-350 million, and under the project’s Public-Private Partnership (P3) designation, a portion of those funds would come from private financiers. No tolling is anticipated to be included as part of this project.

Public comment will remain open on the Partnership 81 Project through Aug. 26, with the option to leave comments open to anyone attending Tuesday’s meeting, and to anyone who wishes to do so online can do so on the PennDOT website. 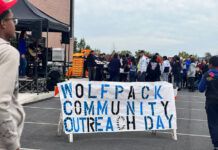 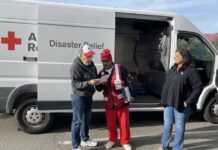 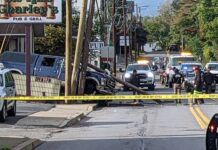